We were founded by a French priest, Fr. Jules Chevalier, who founded the Missionaries of the Sacred Heart (MSC) in 1854, and ourselves in 1874. 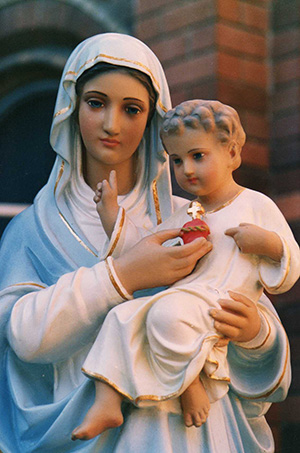 In 1882, Fr. Chevalier appointed Marie Louise Hartzer in charge of the community. On 9th September, 1884, the first profession ceremony took place, including that of Marie Louise. The Congregation now had 5 professed members. Just two years later, in 1884, on October 17th, five sisters set out for the great mission of Oceania and  landed in Sydney on January 31, 1885. Their destination was the missions of Oceania.

Two had made their vows a few hours before. They had the great sum of 25 francs between them, (out of which had to be bought a pair of shoes for one person in Marsaille)! What faith!

They were met by Fr. Navarre, MSC who had come from Thursday Island to greet them, and by Fr. Joly, a Marist who was waiting to take them up the Harbour to Villa Maria, the headquarters of the Marists. A small house on the property was placed at their disposal until they could have a convent of their own.
Also meeting them was a 19 year old girl, Margaret Sweeney, from Ryde, who became the first Australian Daughter of Our Lady of the Sacred Heart.

Archbishop Moran offered a place to the MSC/OLSH if they established a parish and school. They accepted Botany. Four of the sisters were French, but one was Irish, Sr. M. Xavier Ryan. Sr. M. Xavier began a small school beside the church on Botany Road in April, 1885. It was here that the work of the OLSH sisters in Australia began. It has taken us to all States except Western Australia.

Margaret Sweeney was the first of many young Australian women to join the Daughters. Like her, these too often left our shores to work overseas. As well, almost 300 OLSH have gone to work in the Northern Territory. Some of the places we have been to include... 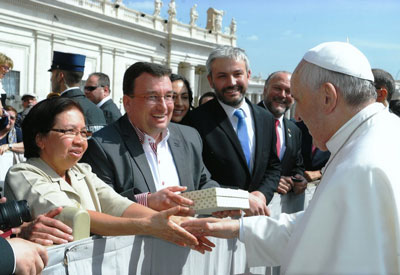 Our founder encouraged us to embrace the risk of ‘mission without limits’. Our history is full of heroic stories of our sisters in far-flung places of the world. And here in Australia too, our story is extraordinary. We began in Sydney in 1885. In 1886, we first went to Thursday Island. Then followed more foundations in NSW. In 1905, four sisters left for Mathina in Tasmania, followed shortly after by more foundations in Tasmania. In 1908 the first five Daughters left for Darwin. In 1916, a foundation was made in Queensland, in 1929 in Victoria, in 1947 in South Australia.

At present, Sr. Marife Mendoza is the leader of our International Congegration.